What Do Teens and Youth Think about Teen Relationships? 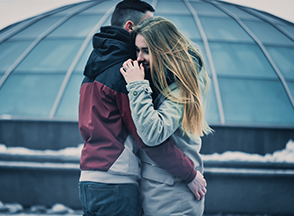 Are you a parent or professional with questions and concerns about teen relationships? Do you provide guidance to young people on this topic? If so, you may want to read about a large new study that asked teens and young adults their opinions about this subject. What they shared with researchers is interesting and thought-provoking.

In the study, researchers wanted to know how what young people honestly thought about how relationships in their age group usually work. Diverse groups of youth between the ages of 14 and 22 were asked about the beliefs and behavior they saw as common in teen dating. They also were asked to judge whether these thoughts and behaviors were positive or negative. In addition, the researchers asked a group of adults (all of whom were experts in the field) for their comments on teen relationships.

Many Similarities Between Teens and Adults

When the responses were analyzed, one thing that surprised the adults—but not the teens—was how similar the two groups were in their views! In fact, young people were in pretty good agreement with adults about what kinds of behaviors were desirable (such as good communication, commitment, and positive interactions) and undesirable (such as abuse, jealousy, and overfocus on the relationship).

Insight on What Adults May be Missing

But the teens and youth did have some important comments for the adults in their lives. Many said they thought adults did not take teen relationships seriously, treating them with suspicion or disdain, and were bothered by this. They also wanted to point out that although teen relationships may be problematic, adults need to recognize that our own relationships are often far from perfect.

There were a couple of other things that young people didn’t think adults understood. One was the role of sex; many believed that adults did not know how common it was among teens. Young people also said that in their opinion, sexual activity was not strongly related to level of commitment among young people. They also wanted to point out the major role that technology and social media now play in the relationships lives of teens.

What Do Teens and Youth Want to Know?

And teens and young adults also had questions and concerns that they felt weren’t being fully addressed by the adults in their lives. Many emphasized the idea that relationships can be easy to understand from the outside, but hard to understand when you’re in them. They wanted to know how to tell if a relationship was “normal” or in trouble, and how to know when to end things. And they were interested in “gray area” behaviors—problems that might not be clearly abusive, but suggested signs of trouble.

Overall, this study seemed to suggest that teens and young people clearly recognize that relationships are complex. They want to be taken seriously and to have real and meaningful discussions with adults about how to handle challenges in their dating lives. They also want to know what a good relationship looks like and how to tell when things are not going well. As influential adults, we must take time and effort to have these discussions with the young people in our lives.

Return to Topic: Teen Dating: What Parents Should Know