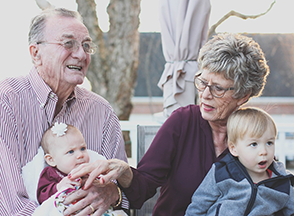 Today, over 1.6 million American children are being raised by grandparents for reasons including parental substance abuse, mental illness, incarceration, abuse/neglect, abandonment, and death. While many have examined what it’s like for grandparents raising grandchildren, very few have looked at it from the grandchild’s point of view. How do grandchildren feel when a grandparent takes over the main parenting role? A 2009 study looked at how grandchildren deal with these complex relationships.

Two main patterns seemed to be common when it came to children’s relationship with their parents in this study. Over half described a relationship that was like “hanging out.” Instead of acting like an adult or an authority figure, the parent was more like a friend or a sibling. Time spent with the parent centered on recreational activities such as going to the movies, attending a sporting event, or dining out. While contact with the parent was often enjoyable and frequent, and children often sought more contact, many of the children also recognized that living with their parent was an unsafe or unwise option. They did not view their parents as authority figures; instead, they considered them to be more like peers who could not be fully trusted.

Additionally, nearly half the participating grandchildren stated their parental relationship had been damaged by distrust, lack of interest, and broken promises. Many readily recognized their parents’ deficiencies, and the likelihood that they would never change. Some wished their parents would stay out of their lives completely, while others sometimes felt confused about their parents’ role. But when parents tried to act like authority figures, grandchildren became suspicious, and this behavior only made things worse.

The Grandparent’s Role is Powerful

Most grandchildren in this study recognized that living with their grandparents gave them better opportunities in life. They offered examples of how their lives had improved, such as succeeding in school, staying out of trouble, and making better life choices. Grandchildren who maintained contact with parents who struggled with significant issues—such as substance abuse—were more readily able to recognize this. The longer grandchildren lived with grandparents, the more insistent they were about their grandparents changing the course of their lives.

How to Help Grandchildren Raised by Grandparents

Grandchildren raised by grandparents have unique needs, including the need to understand their parents’ role and place in their lives. Support groups or counseling can help them learn how to navigate the relationship in a healthy way, creating boundaries and realistic expectations which will lay the foundation for interactions with their parents in their adult life. Counseling can also help create positive grandparent-grandchild relationships, particularly when a grandchild is becoming a teen, or when they move in with grandparents later in life. A counselor can help grandchildren and grandparents discuss appropriate rules and expectations, work on bonding, and talk about feelings associated with these changes.

Grandchildren raised by grandparents will face challenges, particularly in making sense of how their parents fit into their lives. However, the relationship they have with the grandparents who raised them is made richer by the unwavering gratitude they feel towards them.