Home / Married / Communicating With Your Partner 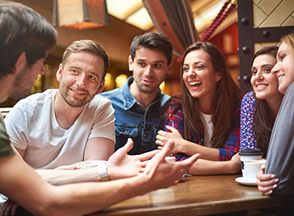 The legalization of same-sex marriage in the United States was a huge and important change for millions of couples. Experts are still just beginning to learn how this might affect the relationships of lesbian women and gay men.

Although this change is a big one, same-sex partnerships themselves are certainly nothing new. One thing that might interest many of us, no matter what our sexual orientation, is how opposite-sex and same-sex relationships may differ and be similar from one another.

On average, same-sex and opposite-sex couples report being about equally happy in their relationships. In addition, the overall quality of both types of relationship seems to be influenced by the same things. These include factors like the people’s personalities, how much support they get from others, how they act towards each other, and how they feel about the relationship.

One thing some might wonder about is how opposite-sex and same-sex partnerships compare to each other in terms of long-term stability. Unfortunately, though, this question is hard to answer. Various studies, both here and in other countries, have looked at the issue. Some find that same-sex couples are less stable long-term, some find the two types of couples to be about the same, and some find that married same-sex relationships are more stable. This question is also hard to answer due to legality changes: living together, living in a same-sex civil union, and living in a committed same-sex marriage are all pretty different.

For now, it seems we will have to wait to know more. Many believe that the legal, economic, and social supports offered by the legalization of same-sex marriage will help stabilize these unions further.

A common source of problems in opposite-sex relationships is household tasks and housework. While this topic also causes disagreement in same-sex couples, many researchers have noted that same-sex partners tend to divide housework in a more equal way than opposite-sex ones. Same-sex couples also tend to be more egalitarian in how they approach money.

Overall, these studies show a lot of strengths for same-sex couples, along with a lot of similarities to opposite-sex relationships. However, one area where these two types of couples tend to diverge is support from family. Same-sex couples report less support from family than opposite-sex partners. At the same time, they do report having more support from friends. While this additional support is likely helpful, having more emotional backup from family would be valuable to these men and women as they work to create healthy and happy relationships. Reducing discrimination of all kinds is also very likely to improve same-sex couples’ physical and mental health, as seen in multiple studies.

If you are part of a couple that is planning to marry soon, whether same-sex or opposite-sex, why not consider taking a marriage preparation or relationship education class? The SMART Couples project is offering ELEVATE, a free, research-backed relationship enhancement class for couples, and Before You Tie the Knot, a free, research-backed premarital preparation class, in 5 Florida counties.  All our programs are taught by trained professionals and are welcoming to all. today!

Return to Topic: Communicating With Your Partner