Should You Look on the Bright Side of Love? 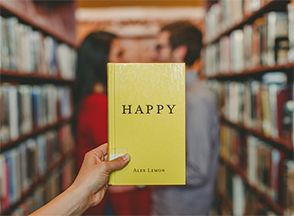 When it comes to life, are you a glass half-empty or a glass half-full type of person? That is, do you tend to feel like, on the whole, things are likely to work out for the best for you? Or do you have a somewhat less rosy point of view, tending to expect some problems and disappointments? (Some of us might call this “being realistic.”)

Whichever type you are, you’re likely to agree that these attitudes do affect our daily lives. Many might assume that being optimistic is the best way to go. For instance, we might assume that people who believe their relationships are going to work out for the best end up happier and are more likely to stay together. But is this really true?

Some interesting research on different kinds of optimism suggests that it’s a bit more complicated. In two different studies, researchers looked at married heterosexual couples to see how their overall optimism and their optimistic feelings about their marriages affected them over time. The results might surprise you.

“Things Will Get Better!” (Or Will They?)

A second study found a very similar pattern. In this one, couples were asked to discuss a marriage problem for observers, and to keep a daily relationship diary for 12 days. This was to see how good they were at handling problems in their marriage. They also filled out questionnaires to assess how optimistic they were, both about life in general and specifically about their marriages. Just like in the first study, they then rated their marriage satisfaction as time passed.

However, being very optimistic (some might say unrealistic) specifically about one’s marriage was a different story! For instance, people who fully agreed with statements like “I expect my sexual relationship with my partner will always be satisfying” and “I expect my partner and I will always communicate well” reported more and more problems in their marriages over time. They also weren’t good at solving marital problems, especially serious ones.

The Down Side of Optimism

Why would this be? Researchers think that men and women who hold very optimistic views about the future of their marriages may find it upsetting or hard to handle when their beliefs are inevitably challenged by reality. In other words, their expectations may just have been too high. It’s also interesting to note that many of the people who were very optimistic about their marriages “getting better” in the future actually showed some signs of trouble in the here and now, such as low self-esteem, high stress, or even physical violence in the marriage. Maybe all this optimism was more like wishful thinking.

The authors of one study point out that if we choose to believe that “everything is always going to be great in my marriage,” we may be unable to cope effectively  when problems do occur. We may also not seek help when we need it. Despite the easy availability and known effectiveness of marriage counseling, few couples take advantage of it.

But if more of us had a realistic understanding that marriage problems can and do happen to anyone, and that this is not the end of the world, we might be more willing to seek assistance. To find a marriage or relationship counselor in your area, visit Find a Therapist.