What about “Friends with Benefits?” 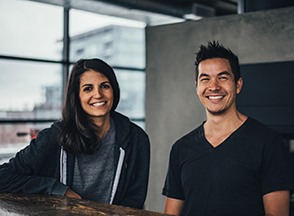 Has anyone ever suggested to you that you try out being “FWB”—you know, friends with benefits? This term for what is basically a no-strings sexual relationship between friends was the subject of a 2011 movie. It probably won’t surprise you to learn that by the end of the movie, the two people involved had formed a “real” happy relationship.

It’s hard to say exactly how common “FWB” relationships are or how many of them really are as “string-free” as the term suggests. However, studies suggest that something around half of college students report having been in one at some point....though more men report this than women.

While this type of relationship may seem appealing to some, there are risks involved. One practical issue is unwanted pregnancy and STIs—sexually transmitted infections. People between the ages of 15 and 24 account for about half of new STI infections every year. And about half of all pregnancies in the US are unintended. Practicing safer sex and using birth control will definitely help, but is not a guarantee.

Then, there are potential emotional risks of a noncommitted relationship. It’s important to note that FWB relationships sometimes get going between people who used to date, but are now broken up. Other participants in FWB situations say the relationships serve as “placeholders” (a way to enjoy intimacy until the next “real thing” comes along). While some people may be able to handle this, don’t forget that sexual relationships do tend to increase feelings of emotional attachment. In other words, the desire to keep things casual and “no strings” may be hard to stick with.

For that matter, just how many FWB partners are hoping for more? Many FWBers do say that the arrangement is a “trial run”—that is, a way of “testing out” the situation to see if something “bigger” could work. A 2011 study found that although more women than men hoped these relationships would turn into a romance, many men wanted this as well. However, both genders said the emotional connection of the relationship was important to them, not just the sex. In fact, overall, most said the friendship mattered most.

But do friendships survive FWB? Actually, research suggests that most do. However, when they do not, it’s often because the relationship was really only about sex, or because it went “bad” in some ways, like if someone was being deceptive.

If this type of relationship interests you, experts suggest that the two of you work on clear communication. What does this relationship really involve? Are you free to see other people? Will you acknowledge the relationship around others? What happens if one of you starts having romantic feelings? What are your plans for dealing with the risks of STIs and pregnancy? Though these discussions may seem awkward, they’re the best way to avoid heartbreak and disappointment. As for the movie ending—well, it’s possible, but don’t count on it.

Want to know more about healthy relationships? The SMART Couples project is offering ELEVATE, a free, research-backed relationship enhancement class for couples, in Florida counties across the state. All our programs are taught by trained professionals and are welcoming to all. Sign up today!