Tinder: What’s That All About? 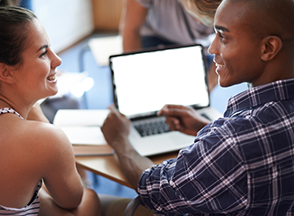 Do you know what it means to “swipe right” on someone? Depending on your age and who is in your social circles, this phrase may mystify you or make you smile.

“Swiping right” (or left) is a feature of Tinder, a dating app used to find singles looking to connect. Users upload photos and profiles to the app, and other users “swipe right” if they like a photo, and “swipe left” to pass. When two people both swipe right on each other, they can then chat on Tinder, and arrange to meet. The app also uses your phone’s GPS feature to find other users who are physically close to your location.

How are People Using Tinder?

Tinder has become extremely popular for young adults, especially those in the 25-to-34 age range. However, many in the media have tended to view it as a “hook-up” app, used to find a one-night stand or casual sex. This is probably due to the app’s emphasis on appearance and physical proximity.

But is this really what Tinder is all about? Researchers in the Netherlands recently took a closer look. They surveyed about 160 Tinder users between the ages of 18 and 30 to find out why these young people were using the app, whether their age and gender affected their motivations, and what actually happened in real life as a result of using Tinder.

Can you guess what the most popular reason for using Tinder turned out to be? It wasn’t to find sex! It was the excitement of using the app, followed by the appeal of the app’s “trendiness.” The third most common reason for using Tinder was "to find love," followed very closely by wanting to be validated and feel attractive. Finding a casual sex partner came in fifth, and the appeal of talking to a potential partner online (instead of in real life) was sixth.

Men and women did differ somewhat in their motivations, though maybe not exactly in the ways that you might think. For instance, men were more interested in casual sex. However, both men and women were equally drawn to Tinder’s potential to make them feel good about themselves and about their appearance. (By the way, people who use Tinder for this reason also tend to use Tinder more.) As for any differences by age, older users were more interested in love and in sex than those who were younger.

What Happens "IRL" (In Real Life)?

What about the actual results of the app? Overall, about half the people surveyed had gone on a “real-life” date as a result of using Tinder. About 18% said they’d had a one-night stand as a result of a Tinder match-up. It’s worth noting many more men than women reported having had “Tinder sex.” However, it’s possible that these results were influenced by people responding in ways that they thought they “should.”

So, is it true that Tinder is a “hook-up” app? According to this Netherlands study, at least, its users have quite a few different motivations, including looking for an actual relationship. While sex was a factor for some, it was just one factor among many.

In some ways, Tinder users’ interest in love over sex shouldn’t come as a surprise. In fact, though many in the media have voiced concern over “hook-up culture” and young people’s lack of interest in marriage and relationships, these worries are probably overblown. Casual sex may have gotten slightly more common. However, overall, today’s young people do not have more sexual partners or more sex than they did a generation ago.

And although marriage rates are fairly low in this group, the vast majority of young people still want to get married and raise a family. They also hope to balance child rearing and household responsibilities equally with their partners.

Love is still something people of all ages are looking for, and that includes both men and women. If you’re still trying to find the right person, there’s no rush. You may want to consider whether you’re Dating, Hanging Out, or Hooking Up. Remember to look for these 13 Things that characterize a healthy relationship, too. Good luck out there.