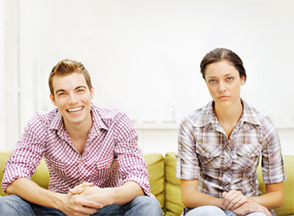 So let’s say you’re single, and looking for someone special for a night out, or maybe a new relationship. What makes your eyes light up? What gets you hoping that this person might be interested in you, too?

On the flip side, what’s on your “No way” list? As in—there’s no way I’m dating someone who…

Of course, we’re all probably going to have different answers to these questions. And if you’re like most of us, what you think you want and think you don’t want may be subject to change in the “real world.”

However, if you suspect that many people tend to put similar things on these two lists, you’re right! In this article, we’ll look at results from an academic paper that examined commonly listed “dealbreakers”—that is, reasons people give for NOT being interested in a relationship with someone, whether for the short term or the long haul.

Also, other qualities related to appearance do tend to show up in many such studies. For instance, “Has poor hygiene,” “Smells bad,” “Does not take care of themselves,” and “Unclean appearance” all seem to be common traits people want to avoid. (By the way, there isn’t much difference between men and women here.)

What else do people want to stay away from? Well, we see some very practical concerns, such as “already married” (yup, not a good choice!) or “already dating multiple people.” “Health issues” and “unhealthy lifestyle” are also a turn-off for many, with some mentioning STDs.

And then there are differences in interests and preferences, such as watching TV or playing video games too much, talking too much or being too quiet, or even being too athletic or not athletic enough. Simple but important matters such as “different religious beliefs” and “different relationship goals” also show up. All of this makes sense from an expert point of view, since having similar traits to your partner (despite the saying that “opposites attract”) often predicts a good match.

Negative character or personality traits, including laziness, neediness, low self-confidence, and being racist or bigoted also showed up as dealbreakers for many. And some people didn’t want to date someone who lived far away or already had kids.

A Dealbreaker That Really Matters

But what stood out to us, as people who are interested in healthy relationships, was “anger issues” and/or “is abusive.” These dealbreakers appeared near the top of several lists and surveys. In fact, in one study, this was the most commonly listed dealbreaker for a long-term relationship.

This was encouraging to see, because anger issues and abusive tendencies should be at the top of ALL of our lists as a “dealbreaker” for relationships. No matter how good-looking, smart, funny, hard-working, or physically fit that potential partner might be, if he or she is abusive towards you in any way, or consistently cannot control his or her anger, look elsewhere.

You probably have your own “dealbreakers” that aren’t listed anywhere in this article, but we hope that like many of these respondents, you’ll include “red flag” behavior like abusive tendencies. (You can also check out some other red flags if you are interested. You’ll be glad you did.) We also suggest that you look for these “dealmakers”: trustworthiness, communication skills, and the ability to appreciate you for who you are. Good luck out there.