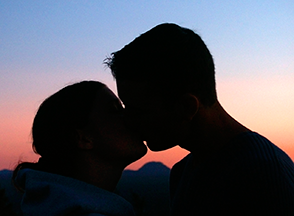 Remember when you first fell in love with your partner, and things were so exciting and new? Oh, and how about that chemistry? It's a good bet that it was pretty great.

If you’re now married or in a long-term relationship, some of those initial sparks probably have died down a bit. By the way, science tells us that this is natural. The infatuation we feel at the start of a brand-new relationship gradually changes into a deeper love that isn’t quite as thrilling--or, let’s face it, as anxiety-inducing.

But what about sexual intimacy? How possible is it to keep that flame burning over years, even decades? And how do couples who do keep the fire alive differ from those who’ve let it sputter, or even die out?

How Does Sexual Satisfaction Change Over Time?

A recent large study of more than 30,000 long-term married and cohabiting people offers some insight. Men and women were asked to compare their current sex lives to their sex lives when they first got together--and to rate how satisfied they were then vs. now. They also gave some details on their sex lives: what kinds of activities they engaged in sexually and romantically, how frequently they had sex, how they communicated about sex, and more.

Overall, couples’ passion for each other did tend to decline over time. However, about half of all participants (slightly more women than men) said that they were still “satisfied” or “highly satisfied” with their sex lives—not a bad number!

Some Aspects May Improve

What’s more, especially for women, some aspects of sex had improved as the relationship went on. Compared to how things were at the start, overall, women reported being less inhibited, having more orgasms, and feeling emotionally closer during sex than they had been at first. Men also reported feeling more closeness during sex “now” than they had when the relationship began. This isn’t surprising. Overall, people find sex more satisfying when it takes place in an emotionally committed relationship.

But what else did the study find out about sexual satisfaction in long-term couples? Well, in a lot of ways, it’s about what you might suspect. Men and women who were more sexually satisfied:

The study also showed that men and women who were more sexually satisfied also communicated more about sex, sharing likes, dislikes, and suggestions with their partners.

It’s important to note that this study couldn’t say for sure that these behaviors caused higher satisfaction. After all, it may be that people who are happier in other ways are more likely to have better sex.

However, for couples looking to increase their own sexual satisfaction, this very large survey does provide some clues! And it’s also good to know that sexual passion can and does survive in long-term relationships for many men and women. Over a third of these respondents said “passionate” was the best word to describe their most recent sex with their partner. Here’s hoping the same can be true for you.

Return to Topic: Sex and Intimacy